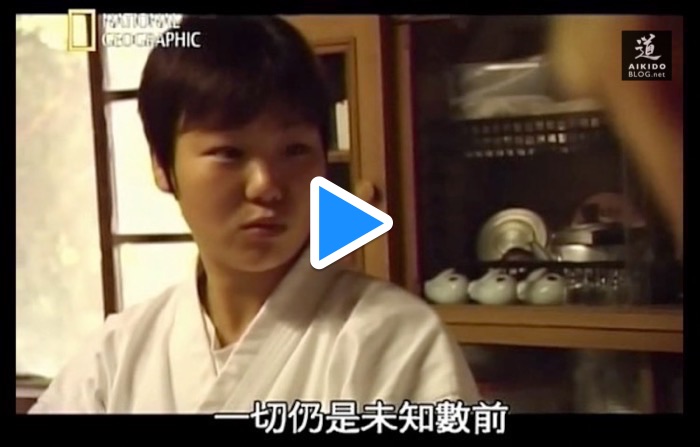 In 2003, there were a series of television reportages performed by Josette Normandeau, a Canadian television producer and martial artist, president of the production company, Ideacom International Inc. She holds black belts in both Shotokan Karate and Aikido. (source: aikidohombu.com [link])

In 2003 she made a documentary with National Geographic Channel about Aikido, its traditions, etiquette, and spirituality. Her journey could not avoid going in the Aiki Dojo in Iwama, the founder’s personal dojo and residence. In 2003, SAITO H. Sensei were still the guardian of the dojo, as successor of his father, Morihiro SAITO Sensei [FR SAITO Sensei] (1928-2002)

Many people around the word went to this historical dojo to train under the direction of SAITO Morihiro Sensei and/or his son and successor SAITO Hitohira Sensei in this legendary dojo. These people will be never tired of watching and watching again this reportage which remind them…

To live such experience, it is still and fortunately possible today by going in Iwama as Uchi Deshi of SAITO Hitohira Sensei in is own personal dojo, the hombu dojo of Iwama Shinshin Aikishurenkai [link].

Here is the reportage: